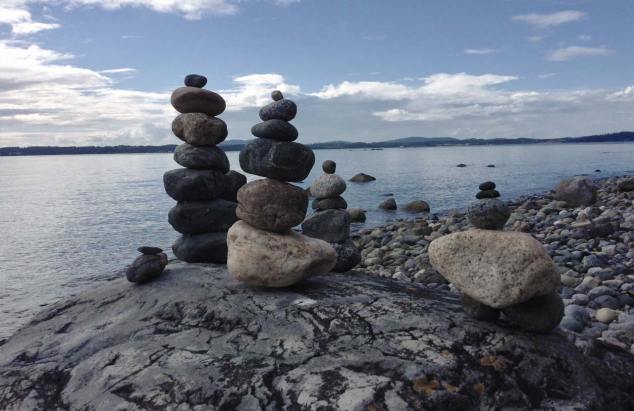 I think a convincing argument can be made that civilization is addicted to fossil fuels. Thus when discussing the “cultural problem” of climate change, it is helpful to realize that we are dealing with a culture that exhibits addictive behavior. We cannot imagine life without our drugs, oil & coal; we cannot see that continued use of our drugs is counterproductive to our own wellbeing; we cannot accept rational arguments that would make it obvious that our addiction is slowly killing us and all the things that we love. Our lives are rapidly becoming unmanageable, and our self-loathing rises with each new bout of excess. We cannot continue, and yet we cannot stop.

My assertion that industrial civilization is headed towards collapse is based on many years of observing this addict’s behavior. As a youth in the 70’s I believed that we would soon embrace the ideas of ecology and conservation — but forty years later humanity is farther than ever from having a non-exploitative relationship with our planet.

But we have not yet hit bottom. We still think there is a way for us to continue to get what we crave, free of pain or consequence. We believe technology will find a way for us to keep fixing — we will invent substitutes for our favorite drugs — biofuels or solar power will still get us high, not quite as high as we did with oil and coal, but high enough so that we don’t really have to change how we live.

We refuse to take responsibility for the destruction and death we are inflicting on our planet and on each other. We blame our addiction on our circumstances, and say we have no choice but to live as we do. We believe that it will all turn out fine, that what we have thrown away will magically reappear. Even when we finally do admit that we have a problem, we will still be faced with the world we have wrought.

How do we perceive risk? How do we make informed decisions about possible risks in our lives?

The discussion forum on the San Juan County Broadband forum on health and safety concerns [forum is offline] has been overwhelmed by a single individual posting hundred of links and articles, isolated from context or commentary, many of which are highly technical. It is realistically impossible for an individual to draw any sort of conclusion from this barrage of text. The result of this display of “facts” is to confuse and disempower citizens, and to make it extremely difficult to think clearly about the issue at hand.

To take but one example, the statement “WHO has classified microwave radiation (from cell towers and WiFi) as a Group 2B Possible Carcinogen” has been mentioned numerous times in connection with the discussion of wireless communications technology. This statement is incomplete and presented without background or context.

Some background: the International Agency for Research on Cancer (IARC), part of WHO (the World Health Organization), conducts and coordinates research on possible sources of cancer.

Group 2B carcinogens is “a category used when a causal association is considered credible, but when chance, bias or confounding cannot be ruled out with reasonable confidence.” (Source: http://www.who.int/mediacentre/factsheets/fs193/en/”)

Note that the IARC considered individual use of cell phones and portable telephones in this determination, not the exposure from broadcast sources of RF [radiofrequency] such as cell towers or wi-fi base stations. The exposure of an individual to radiofrequency emissions from a cell phone is vastly greater than that exposure from base station transmitters. “Recent surveys have shown that the RF exposures from base stations range from 0.002% to 2% of the levels of international exposure guidelines, depending on a variety of factors such as the proximity to the antenna and the surrounding environment. This is lower or comparable to RF exposures from radio or television broadcast transmitters. [emphasis mine]” (Source: http://www.who.int/mediacentre/factsheets/fs304/en/index.html)

http://monographs.iarc.fr/ENG/Classification/ClassificationsGroupOrder.pdf
~~~~~~~~~~~~
What are the risks to society from these common substances and occupations? How do we decide what risks are acceptable to us as a society? How do we balance real and perceived risks to the individual against the needs of the community?
~~~~~~~~~~~~
I’ll use an example of a common environmental hazard: wood smoke. Wood smoke is classified by the IARC as a Class 2A carcinogen: probably carcinogenic.

Wood stoves are very common, we can see smoke, and no one thinks twice about it. We can’t see RF it and therefore can be easy to fear this invisible “radiation.” However, wood smoke is quite toxic—as toxic as cigarette smoke. Wood smoke sickens, enfeebles, and kills millions of people, many of them children, every year worldwide. Wood smoke is a major source of air pollution in rural areas such as the San Juans. Why then do we not ban wood stoves and wood burning, when it is so demonstrably hazardous to people and the environment? Is it because it is familiar, historic, and useful? How is our perception of risk from wood stoves so different from the perception of risk from radiofrequency fields?
Source: Northwest Clean Air Agency, “How Wood Smoke Harms Your Health”
~~~~~~~~~~~~
Exposure to electromagnetic fields (EMF) is unavoidable in our modern world. Common household appliances such as vacuum cleaners and hair dryers “leak” electricity. Weather radar, security systems, TV and radio signals all emit electromagnetic fields. We are all, this very moment, blanketed with radiofrequency emissions from television and radio broadcasts—and have been for many decades. While it may be possible to live an EMF-free life in the US, one would have to go much farther from civilization than the San Juan Islands.

So should we accept a large-scale application of wireless broadband in the county? I think it is wise to discuss the pros and cons of this scheme. I understand that some people fear radiofrequency emissions and do not wish to live near a wi-fi base station. However, there are uncountable risks in life, and it’s not possible to avoid them all. As I noted above regarding wood smoke, we tend to accept risks that are familiar and personally useful to us, and avoid risks that are unfamiliar and for which we find no utility.
~~~~~~~~~~~~
A final word: some have proposed that we halt development of wireless technologies based on the fact that we can not completely rule out the possibility of harm: the “precautionary principle.” But there is a danger in utilizing the precautionary principle: namely, that by describing a perceived risk, rather than an actual risk, there exists the possibility that the public will perceive a greater risk, rather than feeling safer. A study on risk perception by the National Institutes of Health concludes: “Precautionary measures implemented with the intention of reassuring the public about EMF risk potentials seem to produce the opposite effect. They may amplify EMF-related risk perceptions and trigger concerns.” (Source: http://www.ncbi.nlm.nih.gov/pmc/articles/PMC1278478/)

Are we dealing with the perception of risk, or the risk itself? It is not difficult for people to become fearful of something they cannot perceive. Another study by the National Institutes of Health on individuals who express symptoms of sensitivity to electromagnetic fields cannot demonstrate that the symptoms are caused by exposure to the fields or by simply the the perception of exposure. (Source: http://www.ncbi.nlm.nih.gov/pmc/articles/PMC2072835/)

The prospect of broadband access for all the citizens of the San Juans is much too important to be sacrificed because of fear of a risk, rather than the possibility of the risk itself.

PDF of this article: EMF, RF, WiMax, ES, WHO – Acronyphobia in the San Juan Islands

“It is not the technology that is distracting kids, it is the irrelevance of what we are teaching them and our inability to make it meaningful.” 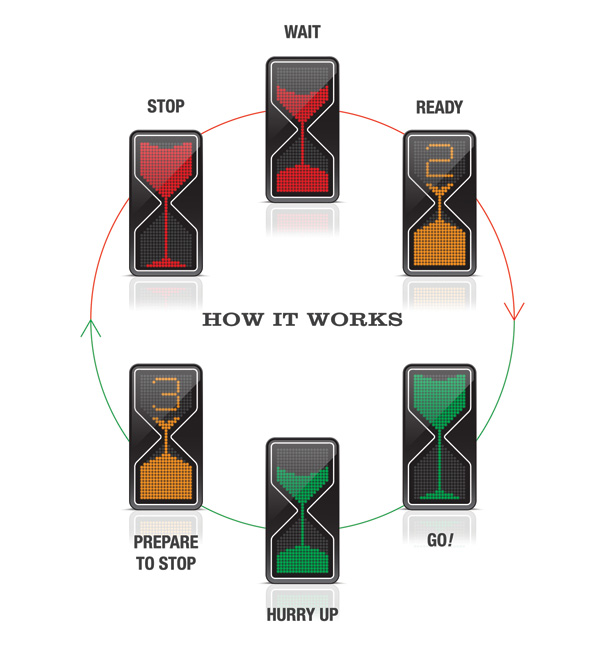 A new take on traffice lights